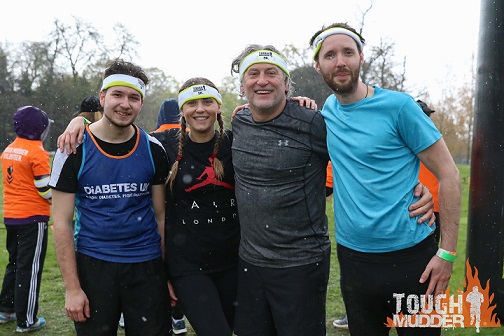 On Saturday the 13th April, Sophia and her team headed to Finsbury Park in North London to take part in a Tough Mudder.

Sophia and her team braved the rain and hail to complete the course featuring 13 of Tough Mudder’s top-rated obstacles, including three brand new innovations, Texas Hold ’em, Overtired and Tight Squeeze along with returning fan-favourites, Next Level, Pyramid Scheme and Everest.

She had to push and pull herself and her teammates up, over and under the larger-than-life obstacles to make her way to the finish line.

Sophia and her team managed to complete the course in just over an hour which was a great feat considering the weather!

Sophia said ‘Taking part in the Tough Mudder was such an achievement and I would recommend to anyone who wants to challenge themselves both mentally and physically to take part.’